How to discuss your failures in a job interview

A candidate answering one key question says more about them than any other. This question is, "What has been a moment of significant professional disappointment or failure, and what caused it?"
Straightforward enough, right? Yes, but I'm listening for a few key things. First, it asks an interviewee to come up with a specific moment. Rather than the standard "What are your weaknesses?" question, which more often provokes groans from jobseekers, it asks for a concrete professional incident. But this gives a candidate plenty of options: Do they focus on a lost promotion, or a failed project? Do they make it about themselves, or about their company? You can see a lot of their personality by how they interpret the question.
What's more, by asking what caused the failure, the question doesn't require an applicant to take responsibility for it, though they might choose to. In my experience, these are three types of answers I typically hear—with some responses earning better marks than others.
THE NON-FAILURE FAILURE
I once spent too much time on a project because I refused to hand over something that I couldn’t be proud of.
This is the answer that induces silent yawns from hiring managers. It's a candidate’s attempt to convey a strength wrapped in the veneer of a weakness. You'll often get this answer from people early in their careers who aren't yet comfortable with the idea that failure and weakness are part of any job.
If a candidate who's still early in their career answers this way, I’ll often give them a second chance: "That could also be interpreted as a moment of strength and having high standards. Do you have another example?"
If the candidate is more experienced, though, this answer worries me. It implies they still haven’t learned to be comfortable with their own shortcomings. Acknowledging your weaknesses is critical to making career progress—you first need to know when you mess up and then think critically about why.
So as an interviewer, if you can only get a "non-failure failure" from a candidate, it may be time to move on.
THE BLAME-IT-ON-OTHERS DISAPPOINTMENT
"I once was due for a promotion, but my manager didn’t give it to me because there was another candidate who was my boss’s favorite."
This answer upsets me the most. It shows that the candidate doesn’t focus quite enough on the things that are actually within in their control, choosing instead to rationalize their disappointments by putting responsibility on someone or something else.
This type of employee may not be looking (or ready) to grow outside their current role; they're simply expecting to get promoted just for doing their job and nothing more.
But not necessarily. Sometimes life is really unfair. Maybe they were slighted! While this might be true, when you're hiring, you want to find people who view any situation as an opportunity to assess how they might've done things differently to achieve a better outcome—even if they weren't at fault. You want people who put the burden of responsibility on themselves, even if others may share in it, too. These are likely to be the hires who will surprise you by going above and beyond.
COMPLETE OWNERSHIP
"I was once working on a project, and the client hated the result. I realized that I could've put more effort into the project and worked to better understand their needs up front. It taught me a lot about my approach to kicking off new projects going forward."
This is the ideal answer. When someone says this, I often have to stifle a grin.
Make no mistake: There are multiple people or systems at fault in pretty much any failure situation. The point isn't to ask a jobseeker to pretend otherwise; in this example, it's more than likely that the client didn't do a perfect job of explaining what they wanted, or maybe they changed the scope of the project after it started. Even so, it's still critical for a candidate to take complete ownership of a problem. That's the starting point for finding any workable solution.
So yes, complete ownership might seem extreme, but the people who default to that tendency may have some serious advantages over those who don't. First, they may be more likely to view situations through the lens of, "How can I improve this?" Rather than wait for others to change, they quickly take action within their span of control to improve a situation—including persuading others to act. They realize that their role in the company isn't just their narrow job description, but includes doing whatever it takes to get a successful result.
Second, they're the ones who are most likely to improve their own skills by choice. Rather than waiting for formal training, they spend their downtime teaching themselves the ins and outs of a new marketing technology, for instance, or how to program in a new language. They're passionate, and they're problem solvers. They realize their own potential and constantly pursue a better version of themselves.
Finally, taking complete ownership of your failures shows you're someone who avoids politics. Rather then expending emotional energy complaining about other team members, these people realize their own ability to influence a situation and address interpersonal issues head-on.
So while it may seem a little reductive, try testing out this interview question as a hiring manager. It may help you build a team of people who shirk petty politics and are always striving to improve their own skills. And if you're a job seeker and an interviewer asks you to discuss your failures, don't hold back—own up to what went wrong and how the experience taught you to switch up your approach. That just may improve your chances that the interview itself will turn out a success.
Original from Fast Company
Share

5 things people reading your resume wish you knew Stand out in your next interview What are hiring managers thinking during an interview? Body language mistakes in interviews 4 basic job search tips to never forget Dealing with rejection while job hunting Questions to ask at job interviews How to make unrelated experience look relevant Breaking the first-time jobseeker barrier 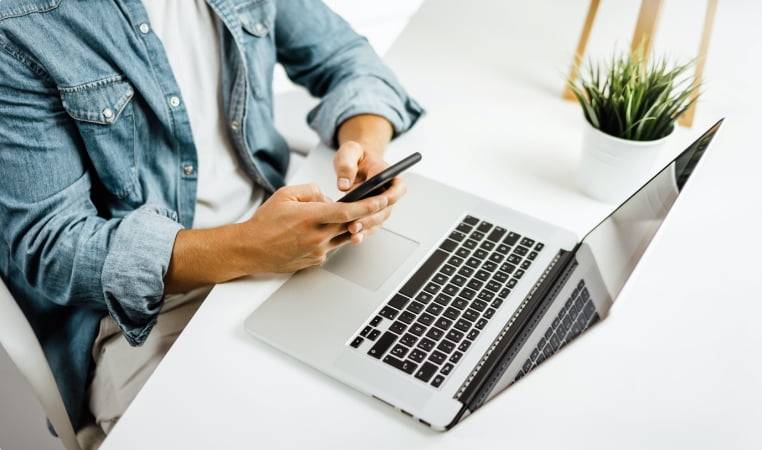 See how we can help

Wether you're hiring or looking for a role, Conquest Recruitment Group can help you reach your goals.